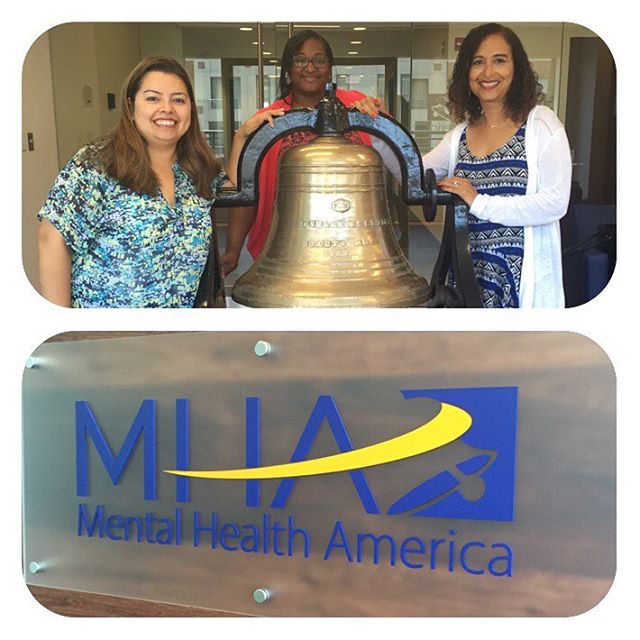 So excited to announce I Choose Beauty has officially partnered with Mental Health America, and I had a great visit at their national headquarters today! We’re teaming up to bring more awareness to mental health and have a few great projects already in the works.And if you’re wondering what the bell in this picture is all about, here’s the story:

“During the early days of mental health treatment, asylums often restrained people who had mental illnesses with iron chains and shackles around their ankles and wrists. With better understanding and treatments, this cruel practice eventually stopped.

“Now the symbol of Mental Health America, the 300-pound Bell serves as a powerful reminder that the invisible chains of misunderstanding and discrimination continue to bind people with mental illnesses. Today, the Mental Health Bell rings out hope for improving mental health and achieving victory over mental illnesses.” #mentalhealthmatters #IChooseBeauty Day 971

It’s a convenient lie we tell ourselves, isn’t it? Or maybe it’s not a lie. Maybe it’s what we really believe.

I’ve been CHOOSING BEAUTY every day since November 21, 2013. It's hard to believe that the simple act of taking pictures with my phone finally ended my insatiable search for happiness. It can do the same for you. Which photo will be your first? I can’t wait to see.

Train your brain to feel better about yourself and the world around you in as little as five minutes, twice a day:

Take the 30-day #IChooseBeauty Challenge. It's free. It's fun.

Something went wrong. Please check your entries and try again.